CA BatRep, or: How dirty TO hackers can cost you a game. 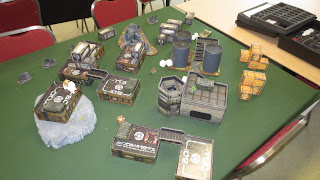 So, I played against two of Jed's armies on Tuesday; an almost full camo Shasvastii force, and a very aggressive Limited Insertion Tohaa army (that still had close to 20 models). First up will be the game against the Shas, on moderately open table made using store terrain (yay, the store has Infinity terrain now). 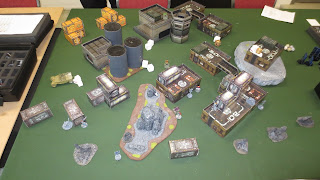 Jed won the lieutenant roll off, and elected to take deployment. I chose to go first. I was playing a Maruts list, as I haven't taken that monster out recently.

The mission is Seize the Antennas. 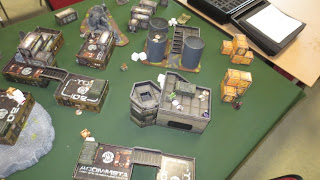 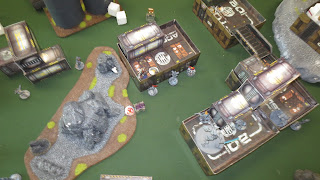 Asura hacker takes the closest antenna, then moves to the ladder on the nearest building—a fact Jed hadn't taken into account when deploying his Speculo. 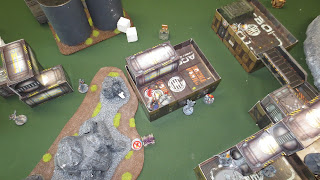 A Speculo that of course declares Engage as an ARO.

Which fails spectacularly as my Asura's BS 17 leavings some telling holes in the alien. 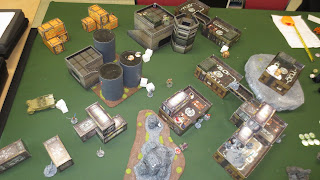 Proxy mk. 5 moves up towards the central antenna. 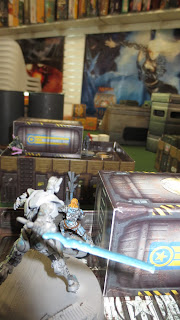 Maruts fires at the TR bot, for no real effect. 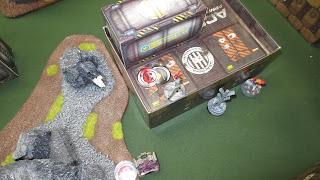 Asura turns back, remembering the Speculo has an auto-medikit, and finishes the alien off for good. 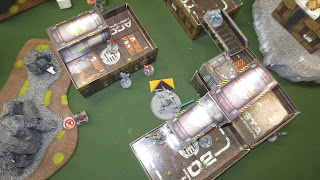 The Maruts enters suppression fire after the proxy mk 5 takes the central antenna. 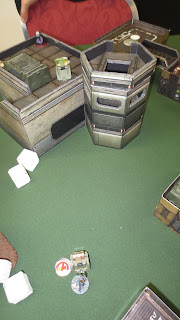 Unfortunately, said proxy is now stranded in the open, with the only cover being the antenna she just captured. 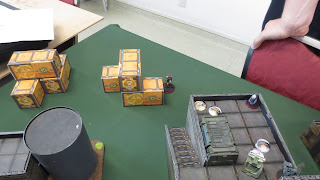 The Q-drone attempts some shots, but fails to do anything useful.

There is, in fact, a lot of ineffectual fire from Jed's Shas at this point, the best being the Proxy mk 5 shrugging off a missile. 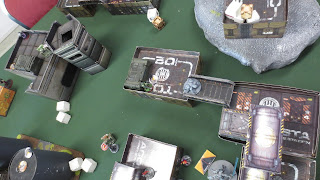 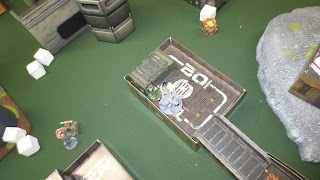 …and then attempting to trample him in CC. Sadly this does not work. 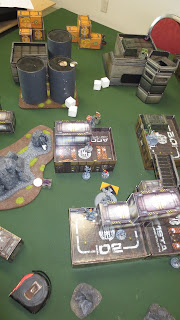 Feuer-kitai risks a very long range shot at the TR bot. He misses, but tanks the return fire like a boss. 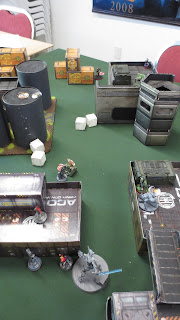 The Maruts then breaks suppression to show how it's done, blasting the TR bot to scrap—or at least Unconscious-2. 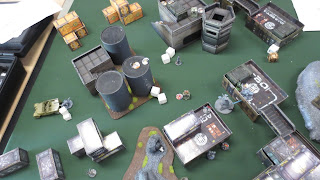 Then the Feuer-kitai finishes the job with a single explosive round, shattering the TR bot into so much scrap metal.

In the meantime, the Maruts moves to the building where my Lamedh is… 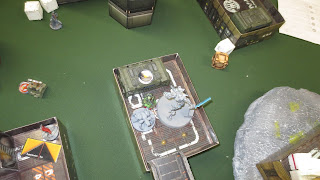 …and jumps the Lamedh, only to be engaged by the malignos.

Nearby, the Asura enters suppression fire. Sure, only a combi, but with BS 14 and MSV 3 vs a Shas force… should work. 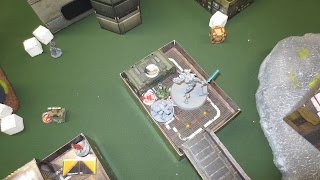 Whom the TAG then stabs to death with her BFS. 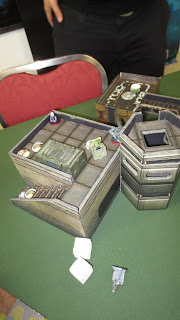 The missile launcher Noctifer finally takes out the Proxy mk 5. 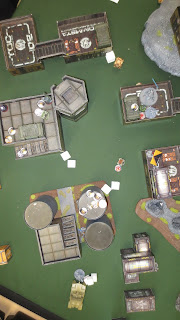 Another Malignos on top of the fuel tanks lays all his mines to detonate down at any passing troops. This takes several orders, and after re-camo-ing both the Maligno and the Noctifer, Jed is suddenly out of orders. 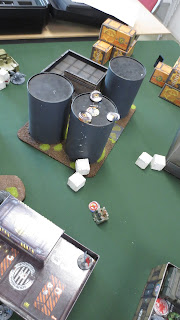 The Asura starts by tanking a mine, then blasting the other apart. 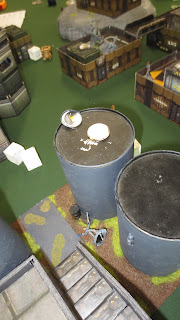 The Myrmidon officer tries a speedrun past the final mine, but sadly fails both her dodge and her armour save. NWI is useless vs Shock ammo. 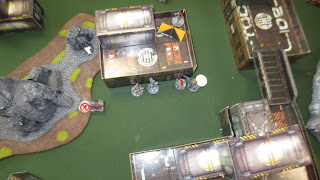 The frenzied Feuer-kitai, along with the Proxy mk 1, moves into a defensive position near my HVT. 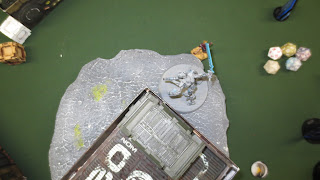 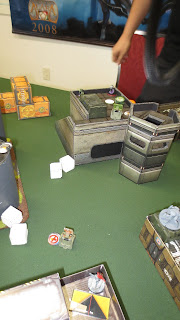 There is a furious exchange of fire between the shrouded at the rear of the large building, and the Asura. The Asura wins. 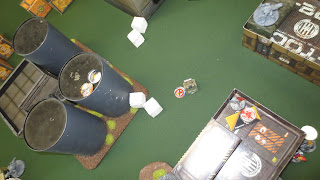 The Asura takes a wound from a missile. Things are looking a little sketchy now. 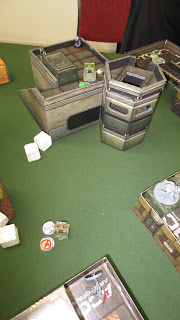 The Noctifier manages to kill the Asura with another missile. No crits, just failing a 3:1 face-to-face roll when I had the higher target number.

With that done, a TO killer hacker shows up right on the central Antenna and captures it with his first roll. 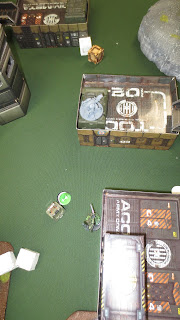 Then the sneaky bastard moves up to be just inside my HVT's zone of control, meaning I don't get that bonus point either.
I get the feeling I might need to use such dirty tricks myself in the future… ALEPH does, after all, have a TO trooper that doesn't betray its presence with a missing order…

Posted by Ravager Zero at 21:45 No comments: