So, I'm finally putting up another post on my criminally underutilized blog. I finished the first 750 points of my PHR force for Dropzone Commander. Hex camo is once again done with the Anarchy model stencils. 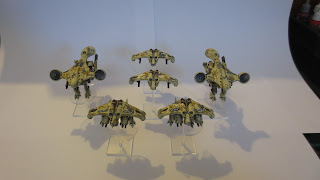 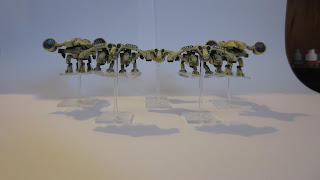 Everything is magnetized in this force, allowing WYSIWYG dropships. 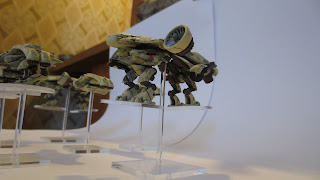 Closer view of an Ares (front) and Phobos (rear) slung underneath a Neptune medium dropship. The core of this force is 2 of these squads. 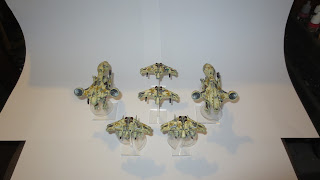 Tried using flash with this shot to better show off the contrast between the various colours. All forces on the ground. On the outer flanks are Ares and Phobos walkers, and towards the centre are Janus scout walkers. In the foreground are Triton A1 infantry dropships, and their accompanying infantry squads. 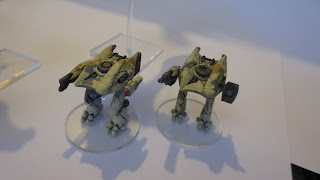 Ares and Phobos. The bases are just 1.5mm circles from Litko. Got 100 of them for a very reasonable price, should be all I ever need. 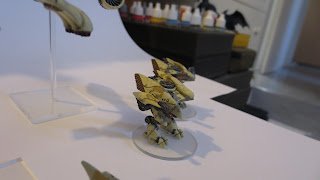 Another view, trying to show the iridescent effect I used on the rail weaponry for the walkers. 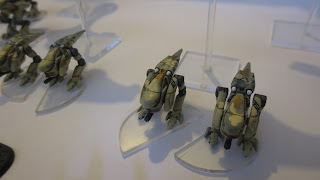 Close up of the Janus scouts. I may trim the bases slightly for better balance when on the dropship. 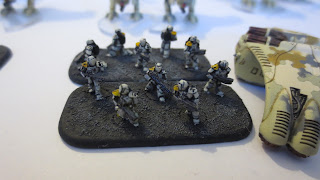 The first squad of Immortals. Infantry play a pivotal role in Dropzone Commander, being the only units capable of searching buildings and extracting objectives from within. 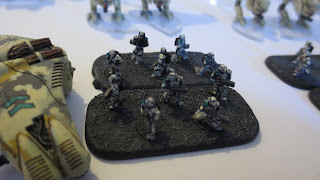 Second squad of Immortals. These were a lot faster to paint than UCM Legionnaires, though that may be because these guys are block colour, and Legionnaires have a fair amount of fine detail on them.
Posted by Ravager Zero at 21:15 2 comments: